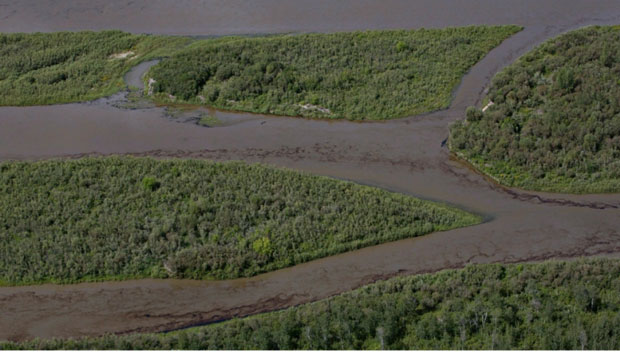 It does not take much to put a pipeline carrying oil or gas into the negative spotlight. Several days ago, Husky Energy experienced an oil spill on the North Saskatchewan River. This spill is now affecting the water supply at various downstream communities that are having to scramble to arrange alternative water sources.As many anti-pipeline protesters will immediately latch onto this incident to use as fodder for their own agenda, the big picture context is lost. Canadian pipeline licensees have produced an extraordinarily positive safety and environmental performance with existing pipelines as reported by Natural Resources Canada and illustrated by tiny spill volumes below. Sadly, when incidents occur, those facts are quickly swept under the rug. 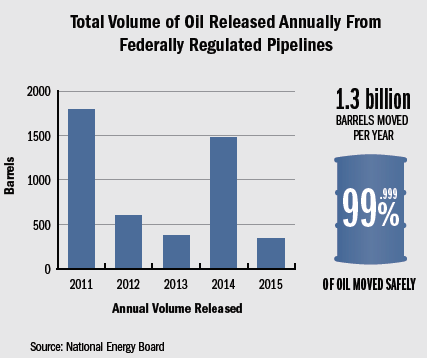 What’s more, Alberta has experienced a tremendously low pipeline incident rate. Where can you find such data? Take a look at the following graph as reported by the AER in its Report 2013-B: Pipeline Performance in Alberta, 1990–2012 on page 31 during a period when total volumes transported increased significantly. The graph shows a flat, low incident rate for many years with a further decrease in the last four years.

These facts are easily or conveniently overlooked by those in opposition to pipeline development. Take a look at the graph below that shows a decreasing pipeline incident trend as reported by the AER on page 91, during an extended period of considerable increases in total length of pipelines in service. This graph shows a significant reduction for incidents on water pipelines and a long-term low incident rate for all other substances. 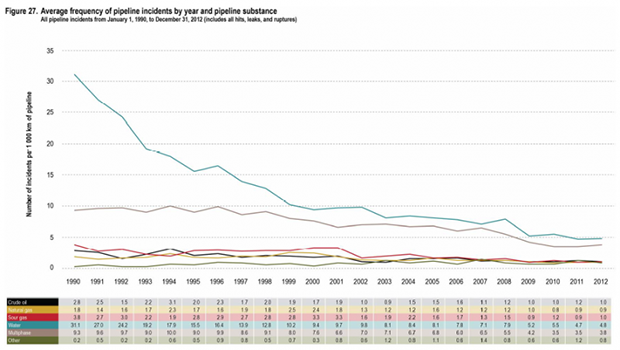 Overall the graphs above show Canadian pipelines are doing a great job. However, that does not mean licensees can rest on their laurels. You see, what actually has ended up happening is that pipeline licensees have continued to play into the hands of their opponents. These opponents have demonstrated their uncanny ability to unnerve Canadians by outrageously exaggerating the safety and low environmental impact of occasional pipeline spills.

Earlier this year, CBC News commissioned an online poll on the attitudes of Canadians toward, energy, the economy, and the environment. A key finding suggests that an astounding 40 per cent of Canadians think no new pipelines should be built in Canada even if it hurts the economy. Various opponents have successfully hijacked the pipeline approval process as described in Opposition to pipelines is not really about pipelines.

But what more can a pipeline licensee do?

Although it may not seem totally worth their while, pipeline licensees need to actually perform the monitoring they committed to conduct as part of their pipeline license obligations as described in AER Directive 077: Pipelines – Requirements and Reference Tools. Not doing so ends up causing more damage on a PR front than otherwise would normally occur.

What all this means is that, despite a tremendous track record on environmental compliance, pipelines can yet do more. Although they already play a good game, licensees need to still up their game. How so? By increasing pipeline monitoring and by repairing the deterioration they will undoubtedly identify. Those actions will largely eliminate pipeline failures and increase confidence of Canadians in our pipelines since they continue to be vital to the economic well-being of all Canadians.

How do you think pipeline licensees can increase the confidence of Canadians?