Whenever Alberta experiences the stresses and strains associated with a downturn in the oil & gas sector, many beat up our government for not diversifying the Alberta economy faster. We forget that we’ve been making steady diversification progress as illustrated by the graphs above that are taken from Highlights of the Alberta Economy 2015.

When diversifying the Alberta economy, slow and steady wins the race. By contrast big and flashy government investments have been a consistent bust for the taxpayer and for economic diversification. We are quick to forget the lessons of past diversification disasters and successes.

Next week I’ll discuss what slow, steady and consistently successful economic diversification looks like. It’s not complicated. In the meantime, here’s what disaster looks like.

Before you send an email to your MLA encouraging government investment in private-sector companies to diversify the economy, consider this list of past disasters.

By the early 1990’s, the Alberta government had lost an estimated $2.3 billion over about 20 years on the various unsuccessful diversification initiatives listed in the table below: 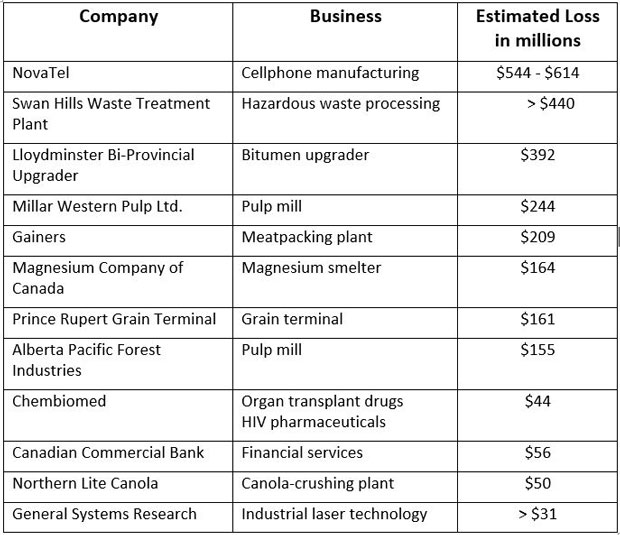 If you want to know the story behind each of these economic diversification adventures, please read Ted Morton’s The Siren Song of Economic Diversification: Alberta’s Legacy of Loss. The central point of the report is that “such [diversification] projects/policies tend to be motivated more by politics than actual or potential economic viability”.

If you think that we’ve learned from these ancient history examples, consider the still-unfolding story of the Alberta government financial involvement in The North West Upgrader.

“What began as a low-risk, low-cost project to encourage domestic bitumen upgrading has morphed into a multibillion-dollar boondoggle with high risks for Alberta taxpayers,” Mr. Morton, the political science professor said in his University of Calgary School of Public Policy paper.

Adding, “26 billion in committed refinery tolls translates into a processing cost of $63 per barrel, making it almost impossible for the investment to break even.”

In the interests of balance, here’s a list of Alberta government investments that turned out financially positive: 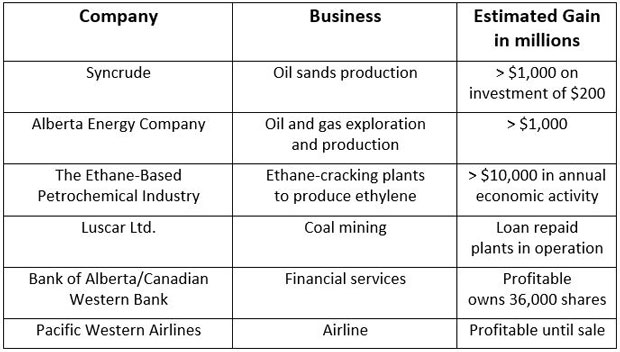 On balance, it appears direct investment in private sector companies is not the path to economic diversification success for governments.

What do you think led to the disastrous investments?