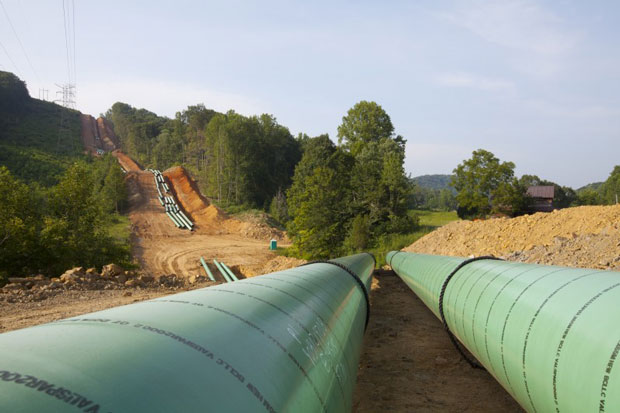 The astonishing opposition to pipelines in Canada is not really about opposition to pipelines. To advance various other agendas, the opponents have successfully hijacked the incredibly drawn-out and technically competent pipeline review process. The excellent and thorough NEB approval process is being ridiculed without any factual basis or simply shrugged off as irrelevant by opponents.

Sadly too few politicians are speaking out against some of the ridiculous arguments being advanced by pipeline opponents. I commend Naheed Nenshi the Mayor of Calgary, who said he’s just speaking on behalf of industry and prosperity for the country and simply wants the regulator to be allowed to do its job. Similarly, Brad Wall the Premier of Saskatchewan, reminded Canadians that, “When you move oil by rail, you’re four-and-a-half times more likely to have a spill”.

Here’s a summary of the agendas of pipeline opponents. The overwhelming majority of Canadians, who recognize that pipelines are safe and efficient and who favor economic prosperity, need to speak up to ensure politicians act on the defensible assessment and quit listening to shrill, unsubstantiated assertions of opponents.

Aboriginal land claim advocates are concerned about the marginalization of aboriginals in Canada. They believe that Aboriginal grievances have not been addressed reasonably and that Aboriginal rights are being trampled on in Canada.

Opposing pipelines provides a path for aboriginal land claim advocates to pressure the Federal Government into action on long-standing land claims. While a few land claims have been settled, many more remain unresolved.

Aboriginal land claims are extraordinarily difficult to resolve due to a wide range of expectations and a lack of consensus about how to approach settlements. I am sympathetic to politicians wanting to avoid this issue. However, the opportunity may be emerging to settle a few more land claims that are important to the routes of proposed pipelines.

Energy conservation promoters are concerned about pollution and squandering energy resources. They believe the world is not moving fast enough to address the adverse impacts of using fossil fuels and the supposed limits in the supply of fossil fuels.

Energy conservation promoters believe that by opposing pipelines, they can choke off the flow of oil and accelerate the move to lower per-capita consumption of energy. Since there are other sources of oil, stopping Canadian pipelines won’t achieve this goal.

We can conserve energy better by making lifestyle changes that include:

Energy conservation promoters are on the right track but face significant challenges because:

We can best support energy conservation by changing our individual lifestyles.

The consequence of opposing pipelines is to increase the use of rail. Rail is worse than pipelines in terms of all known measures:

We can support the move to renewable energy cheaply by:

Anti-development campaigners are concerned about exaggerated impacts of oil and gas development on the environment and plants and animals.

Anti-development campaigners believe we’re better off as a society to leave the oil and gas in the ground. They believe that by opposing pipelines, they can prevent more production. They’re not concerned about the:

We all need to speak out against this position because it threatens the well-being of all Canadians.

The tin-foil helmet crowd are concerned about the potential impact of a highly unlikely major pipeline rupture or a tanker accident.

The tin-foil helmet crowd believe that by opposing pipelines, they can prevent these extremely low-likelihood and low-impact events. They don’t recognize the extraordinarily positive safety and environmental performance of the existing pipelines and tankers as relevant.

Like the anti-development campaigners, this crowd is not concerned about economic well-being or hardship.

We need to ignore this fringe crowd need to speak out against these inaccurate assertions. It’s unfortunate that an unintended consequence of the rise of social media is that this crowd now has a platform for their unusual and unsubstantiated opinions.

How do you think the voice of reason can best overcome the shrill, unsubstantiated assertions of opponents?